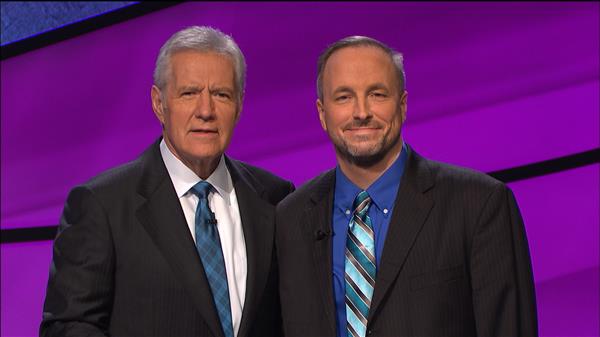 I was born in Orlando, FL and, after 26 years living and working and raising a family in Virginia, I moved back to Florida. I currently live in Lake County with my fiancée, and we are getting married in December. I also have three grown children who live far enough away that I, unfortunately, rarely get to see them. I graduated from George Mason University in Fairfax, VA and got my teacher licensure at James Madison University in Harrisonburg, VA, but before those schools I went to Valencia College & the University of Central Florida.  In addition, I have attended, or have credits from, Central Virginia Community College, Lynchburg College, and finally the University of Virginia (I have one credit from there). This is my 24th year teaching, but my second one doing so in Florida. While I was teaching in Virginia, I was lucky enough to appear in the 2015 Jeopardy Teachers Tournament and represent education to a national audience. As the years have progressed, I have been able to teach all levels of Social Studies and all grades, but, currently, I teach AP World History to high school sophomores and AP Macroeconomics & AP Government to high school seniors at South Sumter High School in Bushnell, FL. I was also lucky enough to start a Speech & Debate Team at SSHS as well thanks to the Florida Civics & Debate Initiative.

Speech & Debate are the areas where I have had my greatest successes as a mentor and a coach since having become an educator. I started a debate team at Wilson Memorial High School in Fishersville, Va. In 2005, without any prior experience as a coach and, by 2008, our team had managed to win the VHSL State Debate Championship and then we did it again the next year. I absolutely learned more from those debaters and from judging matches at every single tournament along the way than I can ever adequately put into words, but suffice to say that I emerged from that first four years of debate coaching tempered by experience and eager to do more. That fourth year was also when I began coaching my own three children (my oldest child was a freshman on my second state championship team). Later, in 2013, my daughter, child number two, was the Lincoln-Douglas State Champion and helped us win our third state championship.

There is a lot more to tell about me, but I just feel very lucky to be here at SSHS!